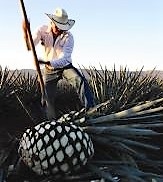 In January, the United States Trademark Trial and Appeal Board (TTAB) issued a decision in favour of “Consejo Regulador del Tequila” (CRT) in the case Luxco, Inc. v.Consejo Regulador del Tequila, A.C. (Opposition No. 91190827). The CRT had applied at the United States Patent and Trademark Office (USPTO) for the certification mark “Tequila” for “distilled spirits, namely, spirits distilled from the blue tequilana weber variety of agave plant”. The registration was opposed by the American company Luxco – a distilled spirits supplier, importing and bottling alcoholic beverages, including Tequila – on the grounds that: “Tequila” is a generic term in the U.S. for a type of distilled spirits; the CRT lacked legitimate control on the use of the term; and CRT’s application contained fraudulent statements on the distinctiveness of the term “Tequila”.

The TTAB found that Luxco failed to prove its claims and dismissed the opposition. In particular, with respect to the alleged generic nature of the term, it found that “Tequila” does not refer to a generic liquor, but rather to a blue agave distilled spirit from Mexico. To assess this, the TTAB reviewed dictionary definition of “Tequila”, encyclopaedia and websites references, expert reports, advertising and labels, recipes, articles and consumers surveys. The fact that the Tobacco Tax and Trade Bureau (TTB) of the U.S. Department of Treasury had classified “Tequila” as a distinctive product of Mexico and prohibited the labelling of bottles as Tequila if the product was not manufactured in Mexico in compliance with Mexican laws, was also taken into account in the reasoning. The TTAB also found that the CRT has been exercising legitimate control on the use of the term “Tequila” by third parties.