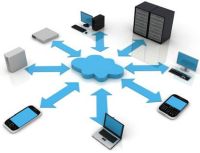 Over the years, GIs have gained commercial and economic relevance around the world, benefiting both producers and consumers. GIs have proven to be a value-added marketing differentiator as well as an indicator of geographical origin and quality. Although the vast majority of countries in the world have a GI protection system (in accordance with Article 22.1 of the TRIPS Agreement of the WTO), with a tendency to adopt specific laws on GIs, often devoting a regime called “sui generis”, the terminology as the normative systems remain different. The absence of a multilateral register of GIs complicates the situation, because to fill this gap, States have entered into a considerable number of bilateral and multilateral agreements to have their GIs (or at least some of them) recognized and protected. ‘between them) in foreign jurisdictions. Similarly, some producer groups have registered their GI directly in third countries.

oriGIn Worldwide GIs Compilation has the objective to establish a common language in the international GIs landscape. It is an attempt to list in an alphabetical order all GIs currently protected in the world, notwithstanding the legal system and terminology adopted at the national level. For each GI, the compilation mentions the country of origin, the relevant national law, the product’s category, some basic information about the product at issue as well as third country/ies where it is protected via a multilateral and/or a plurilateral agreement. For oriGIn Members (identified by the oriGIn logo next to the GI name), we have mentioned registrations in foreign jurisdictions secured directly by the relevant groups (this is not exhaustive).

One year after its publication, oriGIn worldwide GIs compilation cannot be considered exhaustive. Our efforts are a starting point in promoting transparency with respect to a relevant economic reality – GIs – which has acquired a global dimension. Through this tool, oriGIn wishes to promote a fruitful dialogue among countries adopting different approaches on GIs, with the objective to reconcile the existing differences.

We invite national / regional authorities in charge of GIs to send us their comments, suggestions and remarks so that the information in the compilation is as accurate as possible (please write to ida@origin-gi ). Likewise, national / regional authorities wishing to help us complete the information regarding the protection of foreign GIs in their jurisdiction and to keep the compilation up-to-date can complete this form and send it to ida@origin-gi

Back to oriGIn Worldwide GIs Compilation