The 10th Anniversary of the “Savoie Cheeses Festival”

The “Savoie Cheeses Festival” will take place on 29 June at Saint-Germain-la-Chambotte, between Annecy and Aix-les-Bains, France. At the occasion of the 10th Festival Anniversary, a common area will be available for the members of oriGIn to display the GIs they represent (products sell and taste is possible) and a special conference on the impact of GIs in their respective geographical areas will be held on June the 28th.

The Association des Fromages Traditionnels des Alpes Savoyardes (AFTAlp) invites all oriGIn members to participate in the conference and the Festival. If you are interested in participating, please feel free to contact Mr Sébastien BRETON @ aftalp@wanadoo.fr

The Transatlantic Trade & Investment Partnership (TTIP) Agreement between the EU and the US will play a crucial role for the future of the international protection of GIs.

oriGIn believes that the Agreement should be ambitious and tackle the major problems affecting GIs in the US, in particular the costs for GI groups of the trademark system as well as the ambiguities generated from the alleged “generic” or “semi-generic” nature of certain GIs (see oriGIn at the TTIP Stakeholder Presentations Event). Likewise, oriGIn believes that the TTIP represents an opportunity for both the European GIs and the growing GI sector in the US.

We invite all our members from the EU and the US to be proactive with their respective public authorities and media, in order to insist on the importance of having ambitious objectives concerning GIs within the TTIP. oriGIn will organize an event in Washington DC in June this year (date to be confirmed) to identify the expectations in the TTIP of GI groups from both sides of the Atlantic. 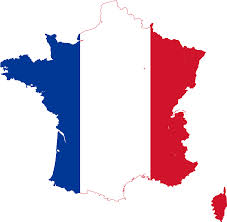 On March 17th, 2014, the New French Consumer Law was published. The Law has a chapter which concerns the protection non-agricultural products’ names (such as “Porcelaine de Limoges”) as GIs. The full text is available @ http://www.legifrance.gouv.fr/affichTexte.do?cidTexte=JORFTEXT000028738036&dateTexte=&categorieLien=id