Dear members of oriGIn – our international family of GIs,

I am pleased to inform you that later this year the Consejo Regulador del Tequila (CRT) will celebrate its 20th Anniversary as well as the 40 years of the recognition of the Appellation of Origin “Tequila”.

At this occasion – on behalf of the oriGIn Presidency and the CRT – I am pleased to invite you to join us for the celebrations, which will take place in Guadalajara, Jalisco, Mexico on 3-7 June 2014. In particular, an international seminar on “Innovation in the GI sector” will be also organized. Furthermore, in the framework of the celebrations, a common area to promote your prestigious GIs will be available at the Chamber of Commerce of Guadalajara. We would be delighted to welcome you in the Tequila region.

For more information please see the Events and the Seminar programs . If you need additional information and you wish to confirm your participation, please contact Ms Yésica Castillo, Event coordinator @ ycastillo@crt.org.mx

I would also like to take this opportunity to congratulate you for the great work you are carrying out in your respective regions for the recognition of GIs as a tool to foster local economy as well as protect origin products, which represent an invaluable cultural and historical heritage for our regions. 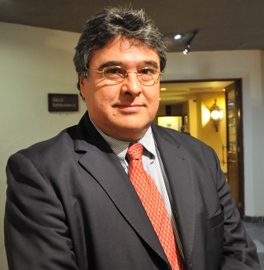 Comparable products under the OHIM practice

On 20 January, a decision of the Office for Harmonization in the Internal market (OHIM) Board of Appeal confirmed the decision of the Examiner on the Community Trade mark (CTM) “PARMATUTTO” (word): such CTM application was rejected in relation to certain meat products considered comparable products with respect to the PROSCIUTTO DI PARMA PDO and COPPA DI PARMA PGI. On the other hand, others products, such as “meat extracts; meat gelatine; salted minced bovine meat; meat steaks; bullock meat; canned bullock meat; minced meat; meat for sausages; meat hamburgers; meat juice, meat substitutes”, were considered not comparable to the ones covered by the above-mentioned PDO and PGI.

Such decision confirms a certain lack of coherence in the OHIM’s practice (in this case concerning the interpretation of the concept of “comparable products”; see for instance the RONCARIFORT Decision @ https://oami.europa.eu/eSearchCLW/#basic/roncarifort///es )

As the OHIM Guidelines dedicated to Absolute Grounds for Refusal are currently under revision, oriGIn submitted its comments. Among other suggestions, we have mentioned the idea of organizing trainings for the OHIM trade mark examiners on the management of application conflicting with PDO/PGI as well as the creation of a group of senior examiners in charge of dealing exclusively with such applications (see oriGIn’s Comments to the OHIM Draft Guidelines for trademarks examination of Work Package 2 )