Recent developments on .wine and .vin

On 4 April, the Internet Corporation for Assigned Names and Numbers (ICANN) decided to postpone any decision concerning the delegation on the 2 new generic top level domains (gTLDs) .wine and .vin.

This was the result of the concerns raised by several States within the ICANN Governmental Advisory Body (GAC) as well as a formal appeal of the ICANN’s decision to allow the .wine and .vin new gTLD applications to proceed, issued by France, Spain, the UK and the European Commission. Likewise, several European and  US GI wine groups have recently renewed their opposition for the new 2 strings, except additional safeguards for GIs are accepted by the private companies that have applied for the gTLDs .wine and .vin and would be entitled to assign second level domains, if the process is finalized. The parties involved were given 60 days to negotiate and find an agreeable solution.

“Quang Ninh” austriella corrugata recognized as a GI in Vietnam

“Quang Ninh” austriella corrugata is an oval bivalve with unique characteristics from Quang Ninh, a province of Vietnam. The National Office of Intellectual Property of Vietnam (NOIP) recognized such product’s name as a GI because the relevant geographical area has a climate, rivers and streams, mangroves and oceanographic conditions, which give the product a unique size (quite small compared to other austriella corrugata) and taste. 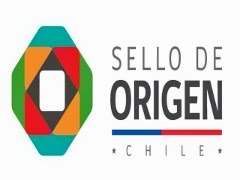 From 27 to 29 March 2014, the “Encuentro Internacional de la Industria Gastronómica y Alimentaria” (EIIGA), the most important event of the gastronomy and food industry in the country, was organised in Chile.

Within this framework, the  “Sello de Origen” project – which was launched by the national authorities for the recognition of Chilean GIs  – was given a high visibility. Among other initiatives, at the presence of the Economy vice-secretary of Chile, Mrs. Katia Trusich, and the Director of the National Industrial Property Institute (Spanish acronym: INAPI), Mr. Maximiliano Santa Cruz, “Los Dulces de la Ligua”, traditional Chilean cakes, were recognized as a GI. Several speeches by national authorities emphasized the fact that GI protection will boost the entrepreneurship and the productive development of the local communities in Chile.