A shipment consisting of more than 24,700 litres of distilled spirit from agave and alcohol intended to be sold as “Tequila”, while not complying with the corresponding product specifications, was seized in Hamburg, and then destroyed on 10 December at the premises of the company AVZ Hetlingen. The product at stake was to be commercialized in the all EU market, Germany in particular, where the consumption of Tequila has tremendously increased over the last few years (in 2014, a total of 172 million litres of tequila were exported at global, 4.5 million only to the German market).

This action was the result of the cooperation between the Consejo Regulador del Tequila (CRT) and the German and Mexican public authorities, acting under the EU Regulation No 608/2013 of 12 June 2013 concerning customs enforcement of intellectual property rights.

In this case, the CRT was assisted by the German law firm “Taylor Wessing”, which is one of the law firms specialized in the field of GIs of the oriGIn program, which counts already 16 members: http://www.origin-gi.com/activities/gi-law-firms.html Thanks to this, the CRT has benefited from the “Taylor Wessing” competences at a 8% discount on the firm’s fees, as provided by the oriGIn program.

Read the press release (in Spanish)

#Prosecco: the GI now recognised in Russia and Canada

This month, the procedures for the recognition of the GI “Prosecco” in Russia and Canada were completed by the Consorzio. Besides the EU, “Prosecco” is also recognised in the US, Switzerland, Moldova, Vietnam and the contracting parties of the Lisbon Agreement of the World Intellectual Property Organization (WIPO).

Over the last few years, the tremendous success of “Prosecco” in terms of exports made the protection in key export markets a priority for the Consorzio. In this respect, the US market remains a challenge. While “Prosecco” is recognised there via the Agreement between the European Community and the United States of America on trade in wine – 2006 (since 2011, the denomination is listed in the Agreement’s Annex IV), several misappropriations and illegal uses of the denomination have benne recently detected in the US, for which oriGIn is supporting the Consorzio before the Alcohol and Tobacco Tax and Trade Bureau (TTB).

Read the press release (in Italian)

#GIs&TMs: Clarifications on the exhaustive character of the EU system of PDO/PGI protection

In November, the General Court of the EU (Fourth Chamber) ruled on case T-659/14 (“Instituto dos Vinhos do Douro e do Porto” – IVDP, the public body in charge of the protection of the GI Porto, v. the Office for the Harmonization in the internal Market – OHIM), concerning the trademark “PORT CHARLOTTE”. Such trademark, first applied for alcoholic beverages (class 33 in the Nice classification), later restricted to goods corresponding to the description “whisky”, had been registered by the company Bruichladdich Distillery Co. Ltd.

In 2011, the IVDP had filed an application for a declaration of invalidity of the trademark at issue, under the relevant articles of the Community Trade Mark Regulation (CTMR). In support of this, the IVDP claimed that the appellations of origin porto and port were protected in all the EU Member States by several provisions of the Portuguese law on GIs as well as by Article 118m(2) of Council Regulation (EC) No 491/2009 establishing a common organisation of agricultural markets. The cancellation division of OHIM first, and the Fourth Board of appeal later (Case R 946/2013-4), rejected the application of invalidity. In particular, the OHIM considered that the EU GIs Regulations, including the one applicable to GI wines, establish a uniform and exhaustive system of protection. As a result, national laws cannot be invoked against a trade mark application conflicting with a given GI (OHIM Guidelines part C section 4 page 11)

In so far as the applicant relied on the reputation of those designations of origin within the meaning of Article 118m(2)(a)(ii) of Regulation (EC) No 491/2009, the Board of Appeal found that the contested mark neither ‘use[d]’ nor ‘evoke[d)’ the geographical indications ‘porto’ or ‘port’, so that it was not necessary to ascertain whether they had a reputation.

The General Court annulled the decision of the OHIM Board of Appeal founding that the relevant national law may supplement the EU legislation. The Court considered that the OHIM failed to apply the relevant rules of Portuguese law as “The question of the extent to which a sign which is protected in a Member State confers the right to prohibit the use of a subsequent trade mark must be examined in the light of the applicable national law”. This decision – which on the issue of whether the EU system of PDO/PGI protection has an exhaustive nature – differs from others concerning PDO and PGI for agricultural products and foodstuffs (e.g.: C-478/07, Bud) – will affect the established practice of the OHIM.

Recently, the “Consorzio per la tutela del formaggio Pecorino Romano” has registered a 3D trademark in the United States (US) as a part of a broader strategy to strengthen the protection of the GI “Pecorino Romano” in the main export markets. “Pecorino Romano” involves 10,300 farms producing milk sheep, 37 dairies, for an estimated turnover of 280 million EUR, with an export share of 70% (of which 66% in the US).

Facing the issue of some 100,000 tons of products sold as “Parmesan” in the US with packaging making clear reference to Italy, the “Consorzio di tutela del formaggio Parmigiano Reggiano” recently published the outcome of a survey (carried out by Aicod) proving that, in addition to the damage to the producers, the above-mentioned situation is also prejudicial to the American consumers. According to this survey, 66% of US consumers does not consider the term “Parmesan” as generic, rather associating it with a hard cheese with precise geographical origin (which, for 90% of the responders, is undoubtedly Italy). The US are the third most important country (after Germany and France) for the Parmigiano Reggiano exports (in 2014, 6,597 tons were exported there, accounting for 17.8% of total exports – 44,000 tons). 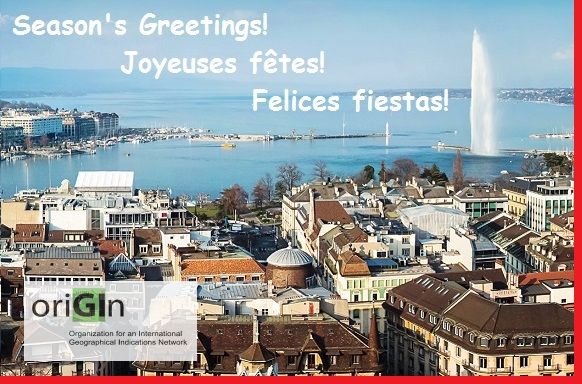