Update on the EU bilateral agreements under negotiations 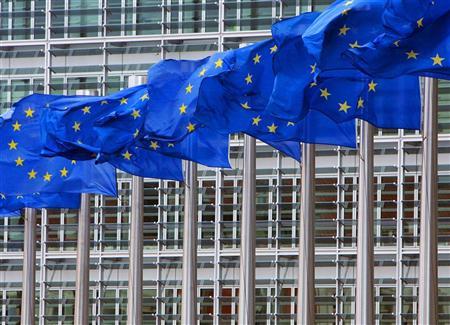 In the first half of March, oriGIn participated in several meetings in Brussels on the bilateral agreements currently negotiated by the EU. Here is an update with respect to GIs:

Significant progress is to be reported on the EU/China GI Agreement, the Commission expects a signature by the end of 2014. The Agreement is going in the right direction, with a list of 262 European GIs (see the list ;the Agreement is of an open nature, so additional GIs can be added in the future) which will be recognized in China, with a solid level of protection similar to the one enjoyed by PDO/PGI in the EU (see documents prepared by the Commission, only in English – Presentation EU-China GI Agreement & Scope of protection of GIs in the framework of the EU-China GI Agreement  In the various meetings, oriGIn stressed the fact that the principle of coexistence between GIs and prior trademarks is a crucial point and that the EU should aim at the maximum level of flexibility which can be obtained from the Chinese counterpart. Recognizing in the Agreement the possibility of coexistence with a prior trademark is important also from a symbolic point of view. In the Trans-Pacific Partnership, the USA are trying to push for clauses that would make coexistence impossible. It is crucial to show through this Agreement between 2 relevant trade partners such as China and the EU, that coexistence is the international standard, also in light of the WTO law and case law. The Commission recommended GI groups to send to daniela.ciobanu@ec.europa.eu information on any legal problem encountered in China by the GIs included in the list.

On the Transatlantic Trade & Investment Partnership (TTIP) Agreement with the United States, oriGIn stressed the fact that the TTIP is also an opportunity for the growing GIs sector in the US. The Agreement must be ambitious on GIs and tackle the major problems affecting GIs in the US, in particular the costs for GI groups of the trademark system as well as the legally ambiguous US “semi generic” regulation for 16 EU wines with GI (see oriGIn at the TTIP Stakeholder Presentations Event). As a strong campaign of the Consortium for Common Food Names on the US Congress and media is under way, aimed at excluding GIs from  the agreement, we encourage you to mention the importance of protecting GIs in the US, in the interest of consumers and producers, with the press and media in general both in your countries and  in the US. oriGIn will also organize a GI awareness event in Washington DC later this year (in May or in June, dates to be confirmed).

In spite of the risks posed by the TPP (see above), which Vietnam is negotiating, the Free Trade Agreement negotiations continue. Please find here the list of EU GIs to be protected in Vietnam sent by the Commission to the Vietnamese authorities.

The European Commission is organising a stand presence at the 9th edition of “Annapoorna World of Food India”, a trade fair taking place in the Bombay Exhibition Center, in Mumbai, from 24th to 26th September 2014. The EU pavilion will be part of a larger campaign in India to promote EU agricultural products and food.

The European Commission asked oriGIn to share this invitation (only in English) within our network. If you wish  to showcase the products your association represents at the EU stand, you are invited to fill in the online registration form by 10th June 2014.