With the close cooperation of the Ministry of Environmental Protection and Agriculture of Georgia and the Georgian National Intellectual Property Center (Sakpatenti), “Qvevri” was recently added to the State Registry of Geographical Indications (the list of national GIs recognized in Georgia is available on the oriGIn worldwide compilation).

“Qvevri” is a Georgian traditional wine vessel (jar) used for alcoholic fermentation of grape juice, as well as for wine storage and aging. Qvevri is egg-shaped, with a narrow bottom part. It is buried up to its neck to keep temperature constant during the fermentation and aging process. Qvevri is produced using clay obtained from various opencast mines and has the brownish-red color of baked clay.

Winemaking is deeply rooted in Georgia’s history, culture and economy. The oldest earthenware discovered in excavations is clear evidence of the high level of craftsmanship of the ancient Georgians. Qvevri was used for storing cereals, melted butter, as well as for Chacha (Spirit produced from grapes). However, the origin of the Qvevri is associated most distinctly with the development of winemaking and is mainly used as a wine vessel. The world’s first cultivated grapevines are thought to have originated in the country’s fertile valleys some 8,000 years ago. According to historical and archeological sources, the oldest Qvevri type vessel dates back to the VI-V millennia BC. Based on archaeological data modern Qvevri can be considered as a result of hereditary development of the Shulaveri Dergi.

Qvevri production was developed in Georgia in the Late Bronze and Early Iron Ages. At this time, large brownish – red Qvevri and similar tableware were prevailing. The production and consumption phases have been developed over thousands of years to the present time, and Qvevri still maintains the same importance in the winemaking industry. Our ancestors were able to create a craft, industry and tradition that continues today.The uniqueness of this method was ascertained by the Intergovernmental Committee for the Safeguarding of the Intangible Cultural Heritage of the United Nations Educational, Scientific and Cultural Organization – UNESCO – in 2013, at the 8th session. The decision was made on the nomination submitted by Georgia on inclusion of the “Ancient Georgian traditional method of making Qvevri wine” in the List of Intangible Cultural Heritage (UNESCO (2-7.12. 2013).

A GI protects the product’s specific characteristics due to natural and human factors – such as specific manufacturing skills and traditions. The raw materials and the Qvevri making process shall take place in Georgia, under specific conditions in order to ensure the Qvevri uniqueness.

Today, wine holds a central place in every Georgian’s life. Wine producers are present in different winemaking regions in Georgia and the ones using Qvevri claim that their wine is stable by nature, rich in tannins, and that it does not require chemical preservatives to ensure its long life and superior taste.

The GI recognition will further increase Qvevri value, its demand and will have a positive effect on employment and on consumers and producers’ welfare, as it will support rural economic diversification (e.g. tourism) and enhance the ability of local producers to collectively organize themselves. Overall, this would help to create new jobs across Georgia. A strong positive impact is also expected in the ceramic sector, which has the highest number of potential GIs.

Today almost all Georgian wine companies produce Qvevri wine. Additionally, Qvevri winemaking is gaining popularity all over the world. It is noteworthy that, after the registration of Qvevri as GI, its protection abroad will be simplified and will help to export this product worldwide.

Hence, Qvevri’s registration as a GI proves its special link with the history, culture and identity of our country and it will help popularization of Georgia on all over the world. 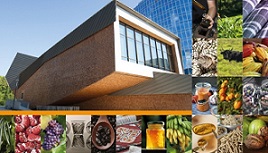 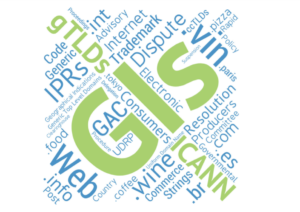