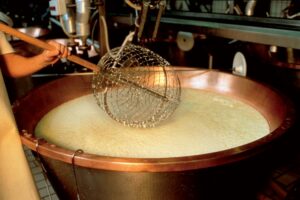 Thanks to the work of the project’s partners, the first results of the LIFE TTGG can be seen with respect to one the PDO value chain involved, Grana Padano.

“By joining this project, we set three main objectives: understanding the main environmental impacts along the Grana Padano production chain; identify where we can intervene to mitigate these impacts; provide actors within the value chain with strategic tools to stimulate learning and innovative capacity to reduce impact. Today the first two objectives have been achieved and we will reach the third by mid-2022” said Mr. Renato Zaghini, the President of the Consorzio di tutela del formaggio Grana Padano DOP (the Consorzio).

The project tested the Product Environmental Footprint (PEF) methodology on a representative sample of Grana Padano PDO producers. The data collection involved 68 farms, 19 dairies and 18 packers. It allowed the assessment of the environmental performance on the entire value chain and then the creation of average and aggregate datasets. More specifically, 3 datasets were produced for the farm milk production phase, 3 datasets for the transformation phase, 1 dataset for the packaging phase and finally 1 aggregate dataset of the entire value chain. The datasets processed in accordance with the PEF methodology obtained the International Reference Life Cycle Data System (ILCD) entry level compliance. The obtained reference values made it possible to identify and study which mitigation actions could potentially be implemented by dairies and farmers to improve the environmental performance of their production process. Furthermore, the Grana Padano producers will be able to evaluate and move towards a more sustainable production, responding to consumers demand.

With respect to the farms, 6 macro areas of intervention have been identified. They involve the correct management of effluents, with regard to both the improvement of storage techniques and the agronomic use of the effluents. Other possible options to be adopted are the anaerobic digestion, which could add value to effluents, as well as management choices aimed at optimizing the composition of the herd by playing on the number of animals raised and lactating animals or increasing the quality of self-produced food and the geographical origin of those purchased; finally, the adoption of a heat recovery system from the cooling of the milk in the tank. Among the proposed mitigation measures, the use of livestock manure in anaerobic digesters and the optimization of their management and distribution to the field, were found to be the most effective in terms of reducing global environmental impacts.

As for the dairies, big differences emerged among the producers visited, mainly due to specific peculiarities related to the process. Furthermore, some companies produce other products beyond Grana Padano cheese (such as the concentration of whey or the presence of ripening warehouses in which forms of other producers are ripened) which impose a physiological increase in consumption. But often, even without replacing machinery or systems, potential energy savings can be achieved, which can be quantified between 15-30% of the costs for methane gas and 10-20% of those for electricity. Analyzing the environmental impact, the dairies that have undertaken heat recovery strategies are the ones that are most efficient.

To achieve the third and final goal and support companies in this transition, a software, the “Environmental Decision Support Tool” (SSDA) is being created. It will have the task of translating the PEF guidelines and the mitigation solutions identified into a system for calculating and improving the entire production chain. A tool that will support companies in measuring the impact of their products by providing practical suggestions on where to focus efficiency interventions.

The Consorzio demonstrates, once again, how innovation can be introduced without encroaching on tradition. 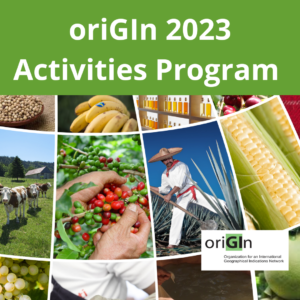 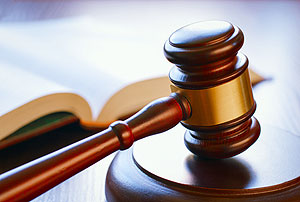